Urinals: a Basic Lesson in Probability

I work in a big office.  One of the things about a big office is that there are a lot of toilets.  Now I am as communally-minded as the next man (this is assuming that the next man is a reclusive hermit living on a remote Scottish island), but I do like to maintain a degree of privacy when it comes to most bodily functions.  In a toilet, this privacy translates as a good urinal’s distance between myself and any fellow occupants. 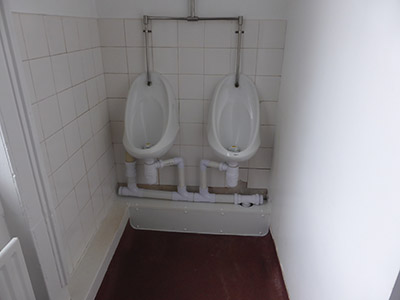 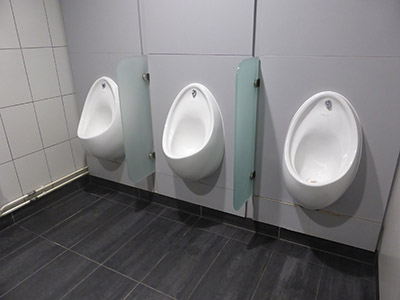 To work out which one of these toilets affords me the best chance of the privacy I require, I have been required to fall back on a bit of basic probability.  It all comes down to where in the line is the position of the urinal you select.  A few simple diagrams may help to explain: 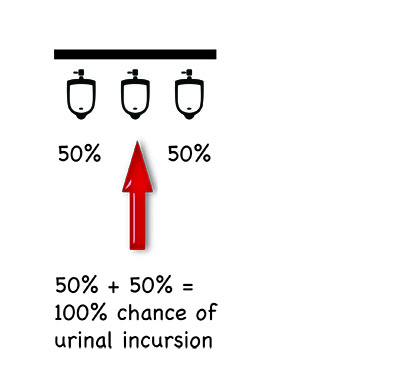 Of course, these are only the most basic permutations.  Mathematical matters and privacy conundrums become considerably more complicated if someone already occupies one of the urinals before you; if more than one person comes in after you; if you factor in human bias.  In fact, the range of possibilities is staggering.

I think I’ll just sit down here for a little bit while I try to work things out.

Sometimes Simon Turner-Tree just wants to be on his own.