Finding the Taskmaster House: a Task Too Far

I have never had much truck with the cult of the celebrity.  I never had posters of footballers or film stars on my walls when I was a juvenile mudskipper; never collected autographs; have no ambitions to meet anyone famous.  So, why do I have a sudden desire to visit the Taskmaster house?

For those who have not seen it––it’s on Dave, there will be some––Taskmaster is a TV comedy gameshow, hosted by Greg Davies and Alex Horne, and one of the recurring locations used in the show is a distinctive-looking house in west London.

But where in west London?

A closer scrutiny of the show provides further information.  A couple of programmes have actually displayed rudimentary maps.  I home in on one.  There are no place names, but I recognise the general topographical features; the bend in the river; the green area of parkland.  My search is drawing me towards Chiswick Bridge.  The north side, next to Dukes Meadows.  It is a sufficiently small area to embark upon a search on the ground and have a reasonable chance of success.

But why am I doing this?  What is it that I am hoping to find?  What is it that anyone is hoping to achieve by meeting a celebrity, who they have seen on the TV but who is otherwise completely unknown to them?  Perhaps if I find the Taskmaster house, I will discover some answers to my questions?

As with the best of journeys, I set off more in hope than in expectation.  It is cold walking from Hammersmith Bridge towards Barnes, and I am tempted to stop off at one of the many pubs, which line the Thames at this point, but I know that if I stop I will not have the motivation to carry on.  The tide is out and the water in the river very low, exposing wide banks of mud, leaving the massive houseboats high and dry.  Black cormorants sit atop timber mooring posts, and black-headed gulls circle, looking for scraps.  A familiar sight comes into view.

The sight is a familiar one from Taskmaster: it is the three wooden pavilions, which often feature in the show.  I have been here before, but do I experience a new frisson of excitement knowing that this location has now witnessed Josh Widdicombe stacking coconuts in a shopping trolley and Katherine Ryan throwing an exercise ball into a bath?  A little perhaps, if I am being honest. 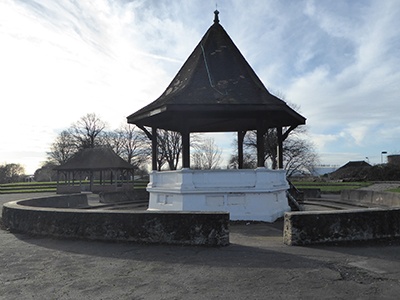 The actual Taskmaster house cannot be much farther from here.  The Thames Path cuts inland for a stretch at Barnes Bridge.  I pass under a brick tunnel beneath the railway line.  A walking path circumvents a sports ground; it is the general direction that I want to go.  It is still cold.  I don’t know this side of the bridge particularly well.  I can feel my enthusiasm for my self-inflicted assignment beginning to wane.  Is it any more or less futile to stalk a house, than it is a celebrity?  Or are both pursuits equally pointless?  At least only one carries with it a prison sentence.

I give it up.  I know the object of my quest lies only a few minutes’ distant, but doubts have set in.  And that is the key: for all those who pursue celebrity, you cannot submit to doubts.

For me, I recognise that it is simply a task too far.

And, after all, what else are Google maps for? 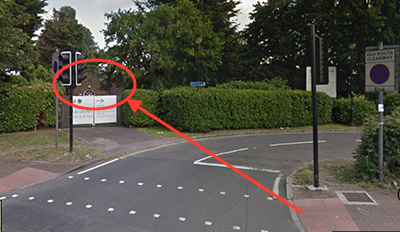