The Romans Knew How to be Cool

Arles was hot.  Hot in the sun; hot in the shade; hot in the Amphitheatre; hot in the Théâtre Antique; hot sitting beside the Rhône.  That particular day in Arles, there seemed as if there was no place where it was possible to escape the sun’s glare.  I could feel its constant and merciless heat wherever I went.

So, what should I do?  My guidebook couldn’t help me; the tourist office offered no suggestions.  In these circumstances, there is only one course of action to adopt.  Do what the Romans would have done.

The cryptoporticus of Arles is not a particularly venerated attraction of the city––at the time that I visited, I practically had the place to myself––but, Golly! It was a welcome refuge on a hot day. 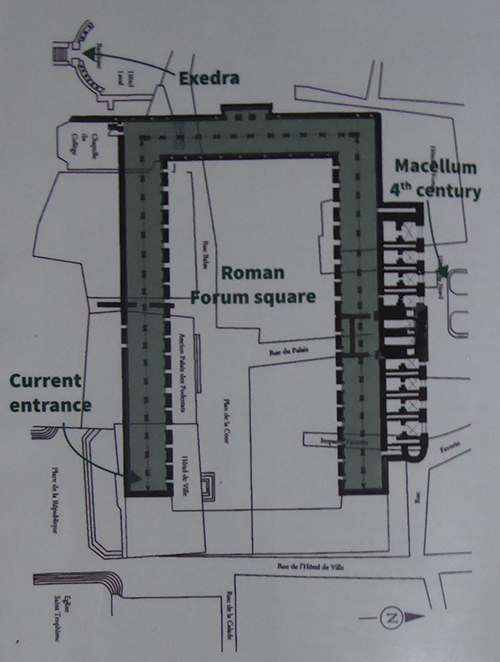 The cryptoporticus formed the foundations of the old Roman forum in Arles, dating back to the time of the Emperor Augustus in the 1st century BC.  Nowadays, it is possible to access three long subterranean passages, which form a rough U-shape, and a goodly number of off-shoot rooms and chambers.

And each passage; each room; each subterranean chamber is cool.  Cool.  Cool.  Blissfully cool.

I pay precious little regard to the ancient history of my surroundings; I barely take in that the cryptoporticus was variously thought to once have been used as a granary; a barracks; a public bath; a pedestrian promenade; a market; and a space for cult processions, all I know is that it is cool.

While the rest of Arles roasts in the midday sun of the canicule, I have discovered my own private piece of Roman cool.