I am normally quite adventurous when it comes to food.  Particularly when I am travelling.  I am a sucker for any dish described as either ‘traditional’ or ‘local’.  This has even extended to eating salama da sugo in Ferrara, Italy, despite the waitress’ look of horror and her ominous warning that I wouldn’t like it.  I did like it, as it happens. 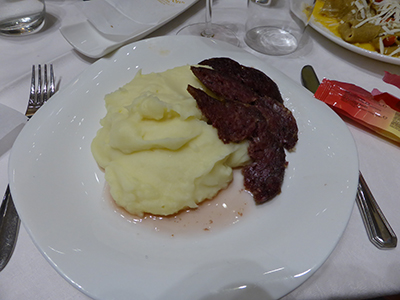 However, in Norway, one ‘traditional’ dish left me in a quandary.  Hvalkjøtt.  Whale meat.

I was travelling all the way to Andenes in the Vesterålen islands specifically to see whales.  And live ones, for preference.  Huge bleached whalebones lie outside Andenes houses; there are even whale vertebrate flower pot holders; these relics pay testament to the fact that this was once an old whaling community.  Whale steak is also on the menu at the local Rorbu Restaurant.  It is a ‘traditional’ dish.  So, should I eat it? 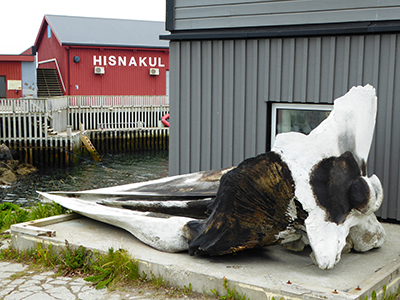 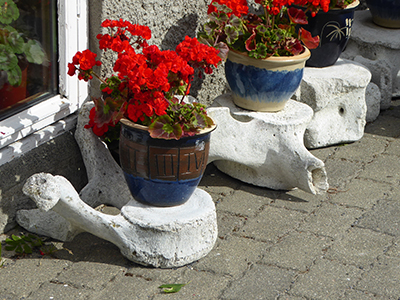 Despite once being a common practice, the hunting of whales and the consumption of whale meat is banned in most countries in the world.  The principal exceptions are Japan, Norway and Iceland, and to a lesser extent Greenland, the Faroe Islands, certain indigenous people in Arctic North America and Russia, and parts of China and South Korea.  Most other countries view the eating of whale meat as abhorrent on conservation grounds.  But, what is it they say?  When in Rome.  Except, I am not in Rome and, in Rome, I wouldn’t be allowed to eat whale meat. 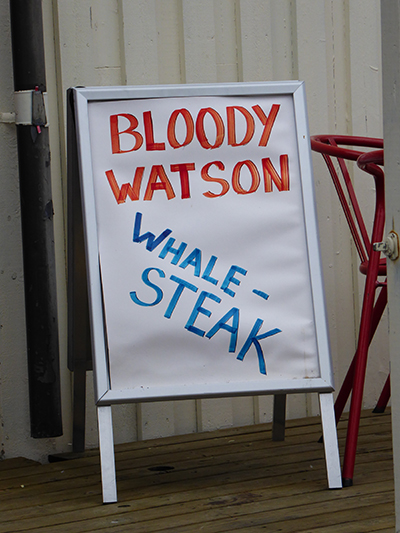 It is a dilemma, or is it?  It is only the selfish, experience-everything, Eat-Pray-Love, travel-junky element of me, which thinks that I may be missing a ‘traditional’ experience; the planet-conscious, environment-minded me has no such doubts.  This is where I make a stand.  This is where I firmly plant my moral flag in the ground.  I will not eat whale steak. 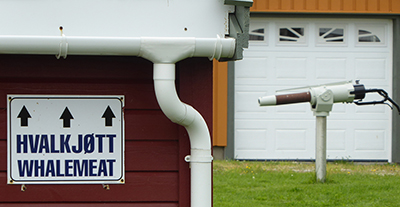 Besides, the spiced and diced reindeer dish looks much tastier, and I’ll try a plate of that instead.