Not Feeling the Love for the UEFA Nations League

I previously wrote that despite having a distinct lack of excitement for the upcoming UEFA Nations League I was sure that I would whip up enthusiasm for the tournament once it actually got underway.  Well, now we approach the second round of matches and, I am afraid, I am yet to experience that rise.

Of course, it didn’t help that England lost its first fixture in the tournament––a 2-1 defeat to Spain.  That aside, though, I still find myself unable to muster any interest in our next two games––an away match in Croatia on 12 October, which is being played behind closed doors; and a return game against Spain on 15 October.

The matches are not available to watch on terrestrial TV; Sky has the monopoly on viewing.  It is like a competition happening in another time and in another place, completely disconnected from the fans.

The international break is merely an unwelcome interruption in the sequence of domestic football league fixtures; a further opportunity for key players to get injured; an annoying hiatus in my fantasy football planning.

After an exciting World Cup campaign, it should be good to see England play again.  But not like this.  I almost find myself missing the international friendly. 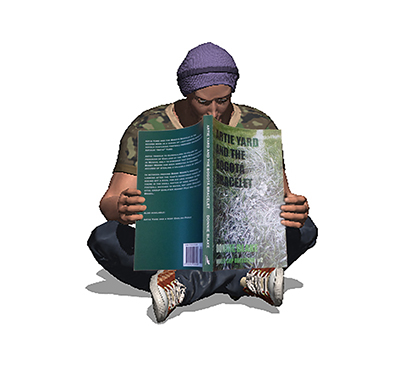 Donnie Blake prefers to read a good book rather than watch the Nations League.

Still not bought a copy of Donnie’s World Cup themed novels Artie Yard and a Very English Pickle and Artie Yard and the Bogotá Bracelet?  What are you waiting for?