Behind the Scenes at the Natural History Museum of Utah

It would be hard to think of a more beautiful location for a natural history museum.  The Natural History Museum of Utah (NHMU) nestles in the green foothills of the Wasatch Mountains on the eastern outskirts of Salt Lake City. 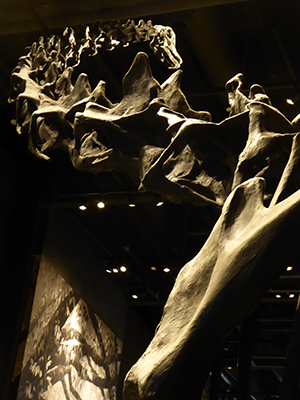 It is a tram journey from the city centre.  I take the red TRAX line from Courthouse stop and ride it to the end of the line at University Medical Center.  Even then, a further one-mile walk is required through the university district, before the distinctive, modern, timbered building of NHMU comes into sight. 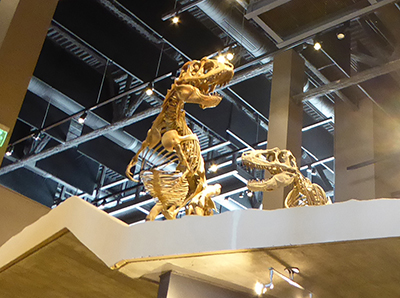 The museum houses a large number of natural and anthropological research collections from a range of eras, but I am here for one reason, and one reason only: dinosaurs.  Oh, and the view.  Two reasons if you count the view.  The view from the museum’s open-air roof terrace over the flat plain of Salt Lake City to the snow-capped Wasatch Mountains and Mount Nebo beyond is pretty awesome. 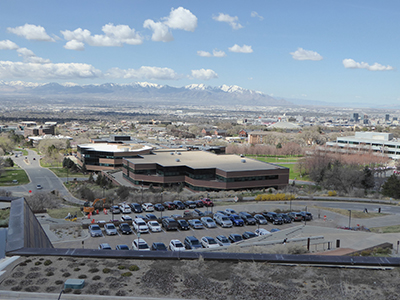 But, dinosaurs.  And Utah.  It is where dinosaurs are dug up.  So, where better to see their exhibited remains than in Utah?  The Cleveland-Lloyd Dinosaur Quarry is a mere 145 miles south-east from NHMU, and was the location of the densest concentration of Jurassic dinosaur fossils ever discovered.  And here they all are in the museum.  There are Sauropods, Camptosaurus, Allosaurus… more Allosaurus than I can count.  An entire wall of Ceratopsia is reminiscent of a stately home’s display of mounted big game trophies.  This is dinosaur nirvana. 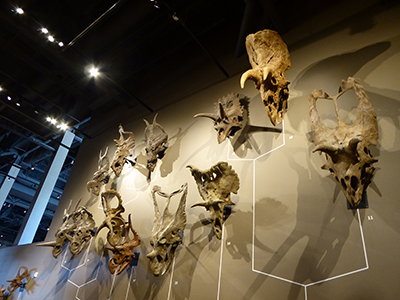 For a while, I have the exhibition almost to myself, but then I hear a noisy school group approaching, and I decide that it is time to move on.  Away from the main galleries, there are glimpses of the behind-the-scenes laboratories; fossils undergoing cataloguing and investigation; shelves and shelves of hermetically-sealed boxes containing who-knows-what; exhibits tantalising just out of sight. 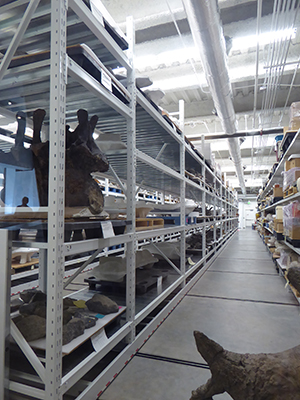 Like the fertile red earth of Utah itself, I feel as though there lies a further world of discovery just behind the public-access areas of NHMU.  I long to wander its off-limits areas; dream of joining the ranks of the privileged band of palaeontologists who are engaged in researching these hidden treasures.

But I hold myself in check; content myself looking at the designated exhibits; permit myself to accept the limits of the story I am being shown. 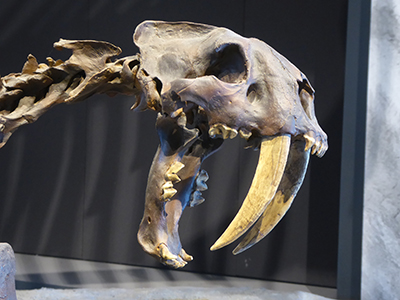 It is the big conundrum for archivists of prehistory: even when you are dealing with the past, there is a Neophilic public constantly clamouring for something new.