Up Close with the Gannets of Heligoland

I think that gannets get a bad press.  Their name has become synonymous with a greedy, gluttonous person and, as with any kind of adverse publicity, a certain amount of mud inevitably sticks. 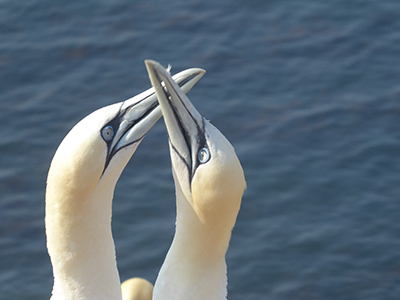 Gannets are beautiful birds; one of the most elegant of seabirds in flight; one of the most trusting on the ground.  I counted myself exceptionally fortunate to be able to observe, at very close quarters, a goodly-sized colony of Northern Gannets on the island of Heligoland.

Whilst not the most numerous colony of gannets in the North Sea, the birds on Heligoland are some of the most easily approachable, nesting atop the red sandstone cliffs at the northeast extremity of the island, above the rocky stacks of Lange Anna. 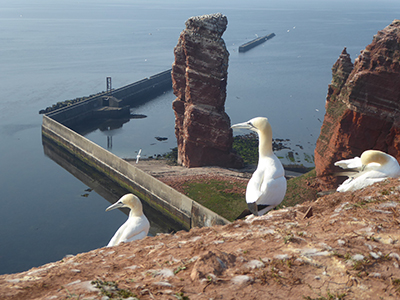 At the time I visited, there were both large, ungainly chicks still needing to beg for food from their mothers, and fledgling birds making their first tentative flights from the dizzying cliff heights. 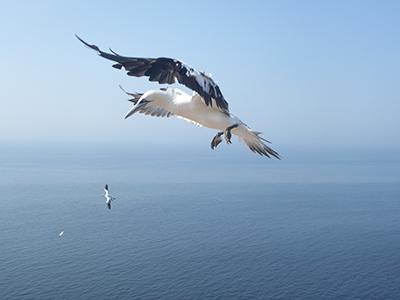 For the most part, the colony was surprisingly sedate and peaceable, until a sudden sleight amongst one of their number––an ill-timed landing or an unprovoked, squawked insult––set them all off in seemingly-synchronised complaint.

By and large, though, the gannets appeared reasonably tolerant and considerate neighbours; there was little of the stringent ammonia-tang that often accompanies large gatherings of seabirds, and my presence was permitted with generous equanimity. 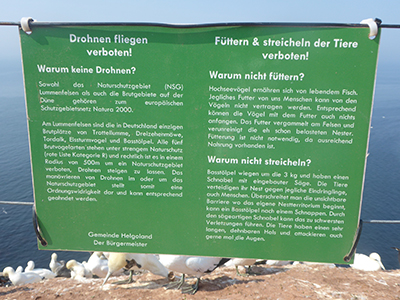 One sad sight––a product of our modern age––a large, fluffy-white chick struggling to detach itself from a tangle of plastic, which its mother had clearly scavenged to form part of a makeshift nest. 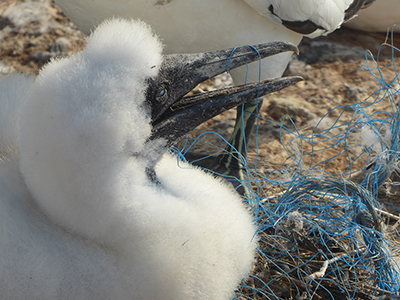 New life atop the cliffs of Heligoland looks perilous enough without humans adding to the struggle.

You may like to read about E. C. Glendenny’s attempts to spot puffins.