The Underground Scene in Liverpool

I find myself with a free afternoon and evening in Liverpool before catching the morning ferry to the Isle of Man.  It is over a decade since I was last in Liverpool: a lot has changed.  The city has a new optimistic buzz.

So, how to spend my free time?  There are plenty of options, but I have a particular objective in mind.  I want to find the underground scene in Liverpool.  What I am talking about is not to be discovered in the Baltic Triangle warehouse district nor is it anything championed by the GIT Awards.  Instead, it is a feature of Liverpool which has existed since the early 19th century: the Williamson Tunnels.

I set out walking from the Royal Albert Dock to my destination with only a vague mental map of where I am going, trusting that a reasonably well-developed internal radar, a bit of local knowledge, and blind luck, will see me right.  Google Maps may have been a more reliable option, but Hey-ho!

I know that the Tunnels lie in the Edge Hill area of the city.  It is just over a mile and a half eastwards from the centre, roughly in the direction of the Metropolitan Cathedral.  That iconic building provides my first landmark.  It is an interesting walk.  I spot sites that I know by repute but have no time to stop and visit: the Philharmonic Dining Rooms; the Hardmans’ House: even Falkner Street, which recently featured in the excellent BBC documentary A House Through Time. 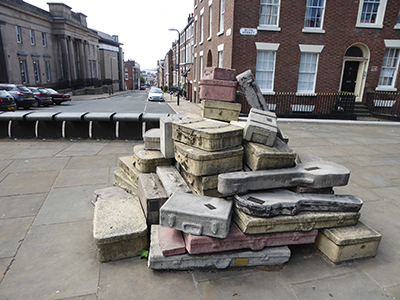 The Metropolitan Cathedral now behind me and I know that I am close to my objective, but I am also lost.  If in doubt, ask a local.

It is not the local knowledge I had been hoping for.  Undaunted, I carry on.  I find myself in a district of new-build university housing.  It seems far removed from the vision of 19th century eccentricity I had been anticipating.  But, suddenly, there it is; along an unremarkable side road; unsignposted and slightly incongruous: the entrance to the Williamson Tunnels.

My timing could not have been better: a guided tour is just about to commence.  I have only time to pay the––very modest––entrance fee and don a slightly unflattering white hard-hat, before I find myself being led through a large doorway and into the first tunnel.

Quite why Joseph Williamson decided to build a network of tunnels under Liverpool is something of a mystery.  One suggestion is it was a philanthropic endeavour: giving the poor and unemployed paid work––even if it was pointless work––rather than have them reliant on charity.  Whatever the reason for their construction, the result has been a wide rectangle of land bordered by Paddington, Mason Street, Smithdown Lane and Grinfield Street turned into a veritable warren of underground passages.

Some of the tunnels feature fine arched brick-vault ceilings; in some places there are cavernous spaces; in others narrow, uneven earth chutes which lead up into the basements of residential houses above.  The majority of the tunnels were filled up with rubble in the late 19th and early 20th centuries, and it has taken much work by the Joseph Williamson Society to excavate and expose the tunnels, which can be visited today.  However, the full labyrinthine extent of Williamson’s original tunnels remains unmapped even now, and it is only a small percentage of his enterprise that is currently accessible to the public.

At the end of the tour there is a display of items that were discovered in the tunnels during the excavations: they provide an interesting glimpse of the kind of domestic, household utensils, which were commonly in use in Victorian Liverpool. 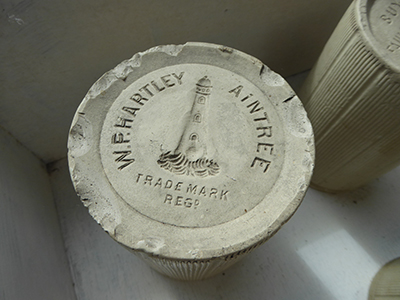 In contrast to the glossy transformation of Liverpool’s harbour-front, the Williamson Tunnels is an unpretentious and understated attraction, and all the better for it.

The Williamson Tunnels can be viewed as an example of an historical folly, but I like to think of Joseph Williamson as a man in search of meaning, and if that search involved digging out great swathes of the land below Edge Hill so be it; plenty of others have taken their search for meaning to far more bizarre places.